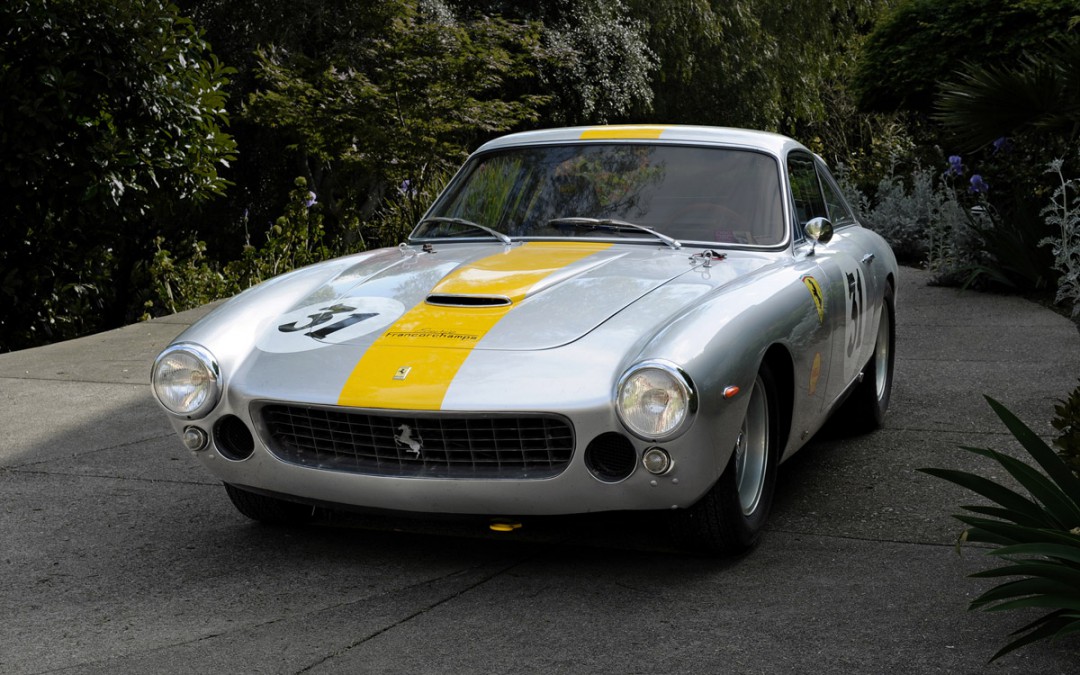 Owned by long-time friend of the Danville d’Elegance, Peter Giddings, Ferrari 250 GT/Lusso Berlinetta Competizione chassis No. 4213 GT is the first production Lusso and one of only three known examples that saw competitive use. This model was sold new through Garage Francorchamps SA in Brussels, Belgium, the famed dealership of Jacques Swaters.

4231 GT’s first owner was Leon Dernier, a Belgian who frequently raced Ferraris under the alias “Elde”, and entered his beautiful new Ferrari in various races including an event in 1963 at Spa-Francorchamps, at the Cote de Fleron hillclimb, where he placed third in the GT class, and at the Cote de la Roche hillclimb of the same year, where he finished first in his class.

The Lusso Competizione saw a number of years of light duty before next being raced by David Cottingham in the 2001 Shell Historic Ferrari Maserati Challenge at Brands Hatch and Monza, and the following year by Jurgen Pyritz of Germany who raced it at the Ferrari Days event at Spa-Francorchamps in April 2002. The rare Ferrari was race by Michael Willms in 2003 at the famed Nurburgring and in November 2004, was purchased by Heinrich Kampfer, a Ferrari expert and enthusiast with over thirty years racing experience, who restored it to latest regulations of the FIA and the Ferrari Shell Historic Challenge, whilst obtaining a Ferrari Classiche Certificate.

Marcel Wettstein of Zurich was commissioned to restore the mechanical components, including the engine, gearbox, rear axle, and brakes. Mr. Wettstein is one of the premier specialists in Switzerland for vintage racing preparation on Ferraris and Maseratis. Every mechanical element was overhauled from the bearings to the gaskets, and the engine, now with an output of 275hp. In keeping with current racing regulations, a roll bar and racing seats were installed, in addition to a fuel cell and a central fire system.

Now relocated to California, this particularly rare and beautiful Ferrari is the featured car for the 2011 Danville Concours d’Elegance weekend!