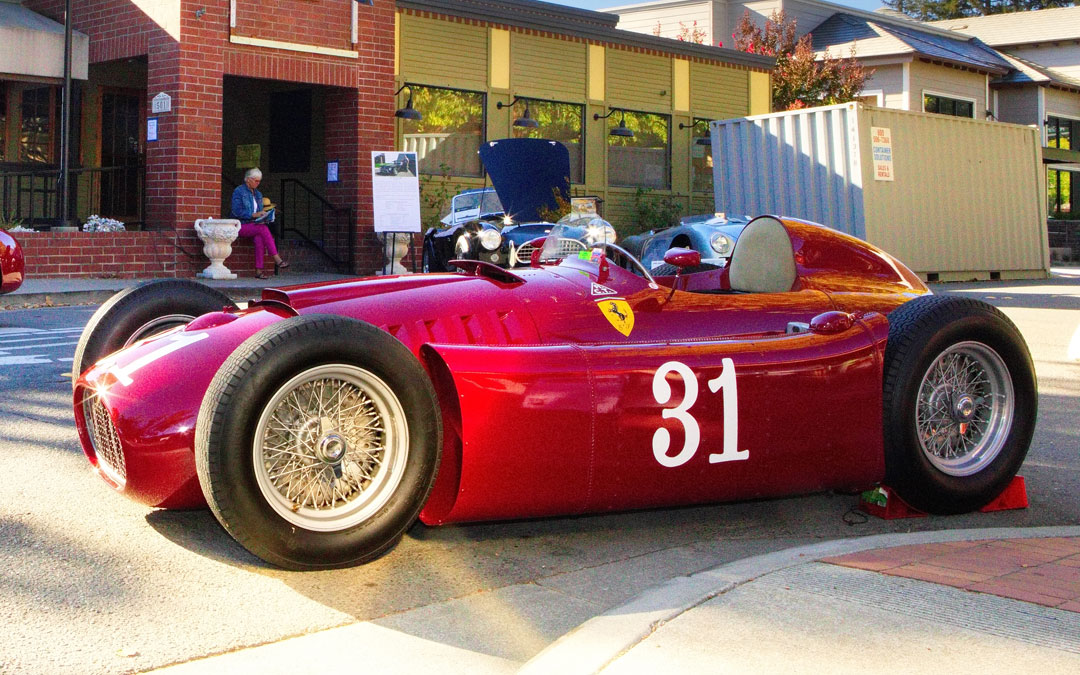 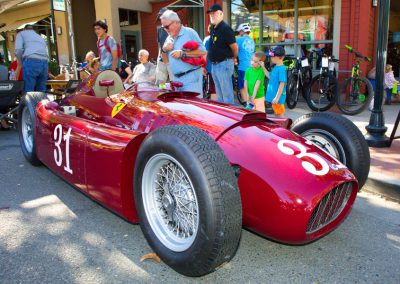 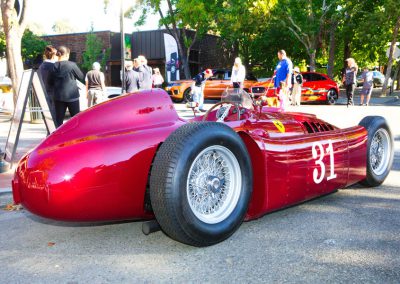 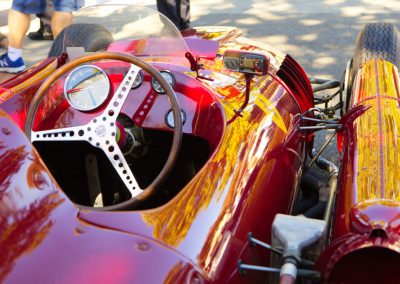 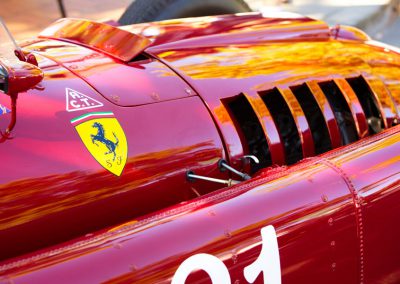 A squad of D50s competed in Formula 1 Grands Prix from 1954-1956. Though the Lancia D50 enjoyed success on the track against the likes of Ferrari and Mercedes, Lancia withdrew from racing in mid-1955 and offered their racing cars and equipment for sale. Ferrari — perennially short of money and fairly unsuccessful in 1954-55 with the Ferrari 553 Squalo and 555 Supersqualo Grand Prix — eventually received Lancia’s D50 racing cars and spares and Fiat provided an annual contribution to Ferrari of fifty million lira for five years. The influx of cash and technologically-advanced racing cars essentially saved Ferrari.

Ferrari ran the D50 unchanged for the remainder of 1955 and made only minor changes to the D50 for 1956. With Ferrari badges on the nose it became the Lancia-Ferrari D50.

Technically, this Lancia D50A(r) is a “tool room” continuation build around chassis #0007’s (the first ever V8 Grand Prix car) engine, transaxle, and certain other original components that Ferrari (luckily) retained from the 50s! This particular racer was specifically reconstructed for Tom Wheatcroft (Donnington Museum), and as the first, contains other original components over and above the matching engine/ transaxle and was built up / reassembled in Italy by original Lancia staff.