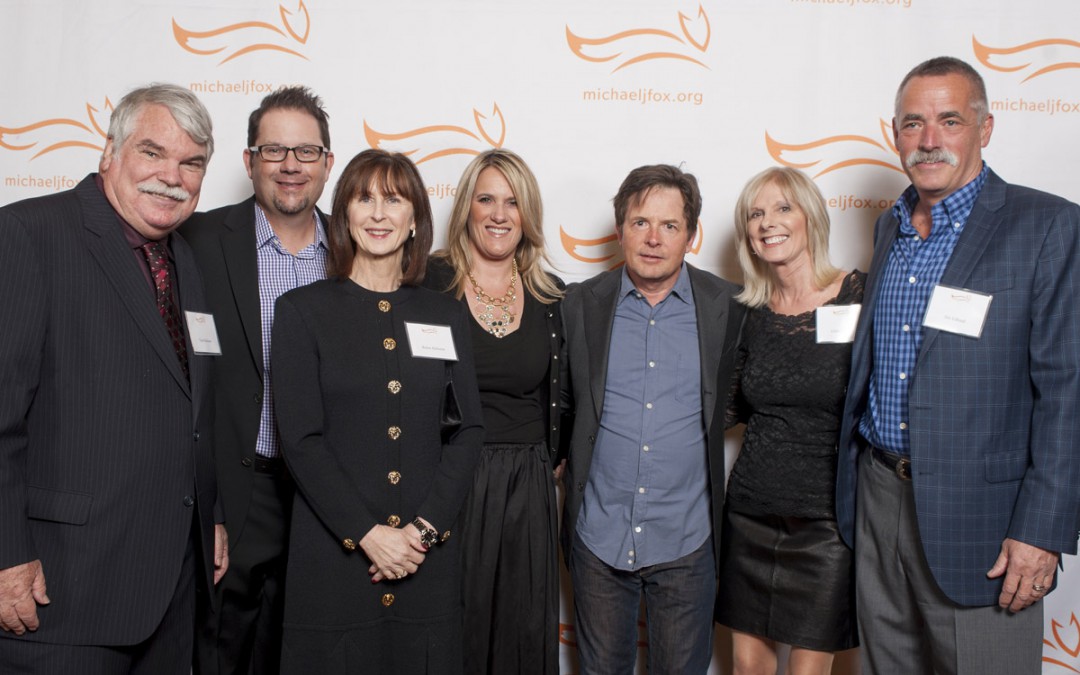 DANVILLE, Calif., June 3, 2014 – When this year’s Danville d’Elegance (DDE) Foundation celebrates its upcoming 10th anniversary, September 20-21st, 2014, with its annual weekend of automotive charity-related events, not only will it be boasting its stature as top fundraiser for Team Fox nationwide in support of The Michael J. Fox Foundation (MJFF), but of equal relevance, will honor its own evolution – one that began with a small group of 20 volunteers and grown to the more than current 200 who diligently raise funds to support Parkinson’s research and patient care.

Each year, DDE has steadfastly increased its fundraising goals, from the initial $45,000 raised the first year to the $500,000 in 2013, providing funds to both MJFF and the Sunnyvale-based Parkinson’s Institute totaling more than $2mm for Parkinson’s over the past decade. According to Jim Edlund, co-founder of the Danville d’Elegance Foundation, what began as a small, community car show for an enthusiastic group of collectors on the historic streets of downtown Danville, has become nationally-recognized as “the little Concours that could.”

“Our charity weekend has grown into an extraordinary community event that draws a national audience,” said Edlund. “In fact, our support extends beyond local sponsors, often gaining cooperation from national manufacturers and global organizations. Unfortunately, Parkinson’s disease affects nearly everyone in one way or another – be it personally or through the challenges of a loved one — and our goal is to do what we can to stop this disease in its tracks.”

The Michael J. Fox Foundation recently honored more than 400 Team Fox top fundraisers from 2013 at the MVP awards dinner in New York City – where DDE was recognized as top fundraiser nationwide. Team Fox is the grassroots community fundraising program for MJFF, with more than 1600 members worldwide who have raised more than $25 million for Parkinson’s research.

“We continue to be impressed by the dedication, passion and energy Team Fox members, like Danville d’Elegance, put into their fundraising events,” said Jason Rice, development director for MJFF. “Each year the Danville community goes above and beyond with their extraordinary event and we look forward to seeing what they have in store for their 10th anniversary.”

About Danville d’Elegance Foundation
Danville d’Elegance (DDE) Foundation, a 501(c)(3) charitable foundation, is entering its 9th year of dedication to supporting organizations in their pursuit to find a cure for Parkinson’s disease, while specifically raising funds to benefit the advancement of Parkinson’s research and patient care. Since 2004, and through the generous support of corporate and personal sponsors, the Foundation has raised in excess of $1.5 million for this debilitating cause. All of the annual weekend activities for Danville d’Elegance are planned, supported and completely run by a team of volunteers, many of whom are touched by Parkinson’s disease. The Foundation’s funding efforts are aligned with both The Michael J. Fox Foundation and The Parkinson’s Institute. For more information, please visit www.danville-delegance.org or http://www.facebook.com/DDEFoundation

About The Michael J. Fox Foundation for Parkinson’s Research
As the world’s largest private funder of Parkinson’s research, The Michael J. Fox Foundation is dedicated to accelerating a cure for Parkinson’s disease and improved therapies for those living with the condition today. The Foundation pursues its goals through an aggressively funded, highly targeted research program coupled with active global engagement of scientists, Parkinson’s patients, business leaders, clinical trial participants, donors and volunteers. In addition to funding more than $250 million in research to date, the Foundation has fundamentally altered the trajectory of progress toward a cure. To learn more, visit www.michaeljfox.org or www.facebook.org/michaeljfoxfoundation.